Is it possible to create a Museum of Central Europe? Finding an answer to this question was the task of an international team led by the Nizio Foundation within the framework of a project financed by the Visegrad Fund in 2021.

During online seminars and live workshops, experts attempted to establish whether it is possible to for the museums in the region to start collaborating. The theoretical, creative process culminated in the development of four concepts for a potential Museum of Central Europe.

The project resulted in further specific activities performed by the international team. In 2022, the Nizio Foundation became involved in co-creating the Central European project Memory of Nations / Paměť národa, the leader of which is the Czech organization Post Bellum.

The concept developed by Nizio Foundation within the framework of the project “How to create a Museum of Central Europe?”

In the process of participating in creative workshops, the Nizio Foundation developed its own concept for a potential network of Museums of Central Europe. After discussions with our partners from abroad, we decided that the most interesting approach would be to show the “universe” of Central Europe – a certain unique world that is present in the collective imagination. We came up with specific phrases that we associated with the culture of Central Europe. These were as follows: mosaic, kaleidoscope, puzzle, patchwork, constellation, as well as wander, circulation, and evolution 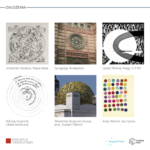 The result of pondering inspirations and leitmotifs is a geometric formula of concentric circles that can be used in the architecture of the Museum. It is meant to emphasize the commonality of the region and unification as a process we undergo together. Shared identity and historical unity is not a self-evident fact; it is something to be discovered and found within ourselves.

We suggested that we should think about decentralizing the Museum and scattering its branches throughout the Visegrád Group countries. We considered two options:

* one central museum combined with companion exhibitions scattered throughout the region.

A specific option could be selected for implementation after a series of sociological and urban studies and analyses carried out among specialists and interested people from the project environment. 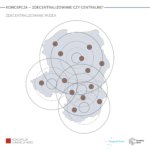 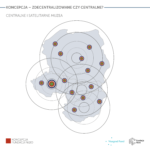 Each of the mini-museums would become a hallmark of Central European cities and a common symbol for the region. The facilities could be situated in prominent locations in public spaces of cities in all Central European countries. We thought that the scattered museums option could connect the region through the use of gamification elements incorporated into the exhibitions to be discovered by the visitors 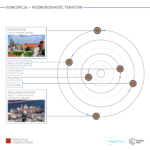 Building such a network of museums would give a boost to travel in all cities of the region. After visiting an exhibition in one city, a tourist would be motivated and invited to further travels. Such a concept is compliant with the idea of creating one central museum that could serve as the core and coordinating point for a whole complex of smaller facilities.

The concept developed by Post Bellum within the framework of the project “How to create a Museum of Central Europe?”

The concept for the Museum of Central Europe developed by the Czech organization Post Bellum proposes to go beyond the usual formula of a central museum. Experts have put forward for consideration the idea consisting in creating an international network of smaller museums under the common name “Memory of Nations Institute.” The concept assumes the establishment of at least five regional centers in each of the participating Central European countries; they would function as both museum exhibitions and a community center. By locating the Institutes in specific regions, Post Bellum ensures they would not have to be located in capital cities and there will be no necessity to select a single city/country in which the Museum of Central Europe would be established. In addition to presenting traditional museum exhibitions, the Institutes would become important socio-cultural centers the task of which would be to keep the memory of the region alive. A significant part of the Institute’s international activities will be its functioning as a center for intergenerational communication and a place of care and contact for the important social group of witnesses to history. 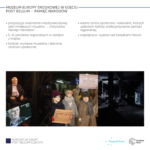 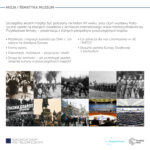 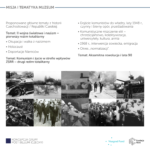 The concept developed by the Hungarian National Museum within the framework of the project “How to create a Museum of Central Europe?”

The concept of a group of experts from the Hungarian National Museum explored the possibility of creating a virtual Museum of Central Europe. The main question asked by the experts was what role can online activities and virtual museum content (virtual exhibitions, scanned and virtually accessible objects, etc.) play in the life of museums? When COVID-19 rapidly and unexpectedly changed our reality, museums around the world were forced to close their doors to the public; they rose to the challenge and changed their way of functioning. The Internet become a major communication channel for museums through which they could reach their audiences. In their concept, the Hungarian group analyzed examples of online museums that came out victorious from that difficult period, presenting some best practices. Subjected to consideration were the possibilities of monetizing museum activity in the Internet, the need for creating collections and the advantages of online interactivity. Links to the best ideas collected by the Hungarian group can be found in the infographics description. 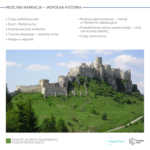 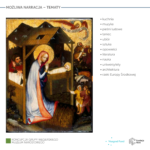 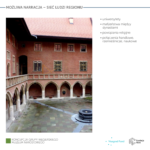 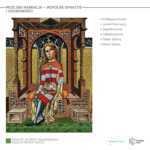 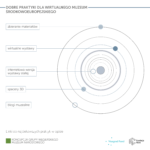 The concept developed by the Slovak National Museum within the framework of the project “How to create a Museum of Central Europe?”

An expert group from the Slovak National Museum considered various approaches to the Museum of Central Europe. The first – broader, covering 8 countries and narrower, limited to 4 countries. Second, a historical and political or cultural and political museum. This project also investigated the possibility of creating a virtual and real museum. 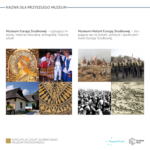